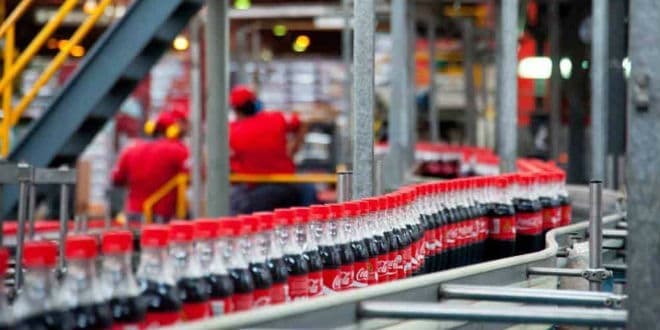 After a little over a year of becoming the first Latin American bottler to operate in the U.S. Coca-Cola system, Arca Continental announced that it will invest US$250 million in a new production and distribution facility in Houston, Texas.

“This significant investment confirms Arca Continental’s commitment for the sustainable value-creation in all the markets we serve and is a reflection of the confidence in our company’s ability to continue perfecting its performance, serving its customers with excellence and anticipating the needs of consumers,” stated Manuel L. Barragan Morales, Chairman of the Board of Directors of Arca Continental.

Coca-Cola Southwest Beverages (CCSWB), a subsidiary of Monterrey, Mexico-based Coca-Cola bottler Arca Continental, will build the new facility, the first Coca-Cola production plant built in the U.S. in 10 years, according to a press release. This project will contribute close to $30 million in cost savings and operating efficiencies.

“The productivity, efficiency and sustainability that this new plant will bring to beverage production in the U.S. Coca-Cola system, confirms our company’s determination to improve its competitiveness, enhance service at the point of sale and expand our portfolio for the communities we serve in Texas, Oklahoma, some parts of Arkansas and New Mexico, always in a profitable and sustainable way,” added Francisco Garza Egloff, Chief Executive Officer of Arca Continental.

Coca-Cola Southwest Beverages plans to close its two existing plants, one off Bissonnet and the other off Gulfgate, as well as four local warehouse and distribution facilities in Brittmoore, Channelview, Glenbrook and Conroe, after moving into to the new facility at Pinto Business Park, a Hines-developed industrial park at Beltway 8 and Interstate 45.