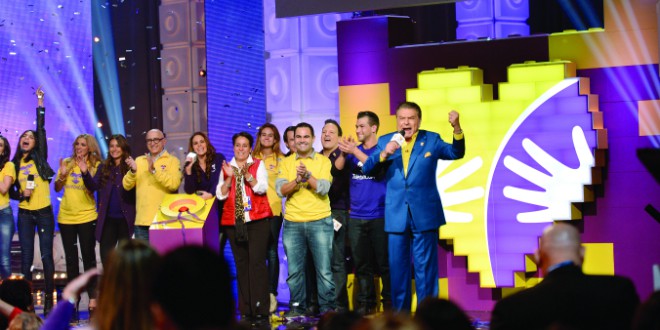 For the fifth consecutive year, Teleton USA met its fundraising goal during its annual Los Angeles event, reaching more than $15 million for the treatment of children with disabilities at the Children’s Rehabilitation Institute of Teleton (CRIT).

Abasto Magazine was present during the event that was broadcasted live on Univision and made an important donation of $25,000. The person in charge of delivering the donation was Gustavo Calabro, Director of Abasto Magazine, through the delivery of the symbolic check. Calabro addressed the audience and said: “It is an honor to be able to present this check to you because we know the noble cause that Teleton develop for these children”. 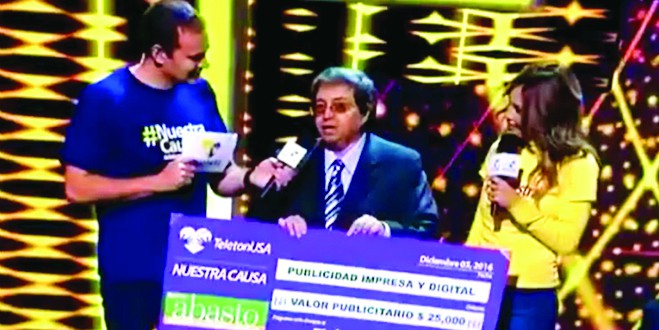 In addition, he stressed that Abasto is committed to “continue to collaborate and explore new forms of links, remembering that this is the only print and digital publication that supports Mexican and Hispanic companies to sell their products in the US.” A resounding success not only for the proceeds raised of $15,705,865 but for fulfilling a primary objective, which is to open our minds to the needs of these children through programs like Teleton.

Although this year they reached the goal, it took a lot of effort. Teleton President Fernando Landeros explained how difficult it was this year to raise the money. Throughout the 23 hours of the event there were wonderful moments in which a long list of artists was present to participate in this noble cause. The event was held in Los Angeles, Miami and San Antonio, with the participation of Alejandra Espinoza, Galilea Montijo, Karla Martinez, Francisca Lachapel, Johnny Lozada and Alan Tacher, among others.