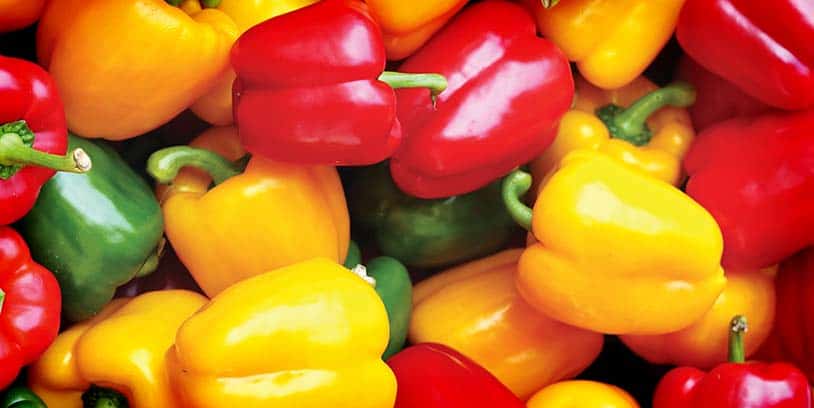 Peppers were domesticated approximately 6,000 years ago in Mesoamerica. Its history is closely related to the Aztec Empire and, therefore, to Mexico. But it is also said that the Incas also cultivated it. Its name comes from the Nahuatl “chilli”, the chili bell pepper is the best-known species. Originally, its flavor was very hot, and its first culinary use was as a spice (dried and ground) known as pepper (smoked, sweet or hot) and in its spicier varieties as chili or paprika.

In 1493, when Christopher Columbus arrived in America, he and his colonizers tasted paprika, took it to Europe (from there, it spread to Asia and the rest of the world) without much success due to its spicy flavor. However, it came to complement and even replace black pepper, which was very expensive. It was not until the end of the 19th century and the beginning of the 20th century, with the sweeter varieties, that peppers began to be widely used in world cuisine.

Being a very versatile vegetable, mainly depending on the degree of spiciness, the pepper can be used in a wide variety of dishes, raw, roasted, fried, stewed, salads, or as an accompaniment to meat, fish or chicken, and even stuffed in different stews. But in Hispanic cuisine, one of the dishes par excellence made with peppers is chiles en nogada.

Related Article: The Path of Fruits and Vegetables During 2021

It is the vegetable richest in vitamin C (they contain three times more vitamin C than oranges). There are various colors for peppers: red, orange, green, and yellow, and the difference between them is the ripeness they present. They are recognized for being rich in folic acid, and they also have a meager energy value, are very high in vitamins and minerals, and are mainly composed of water.

In 2014 in the United States, 1.75 billion pounds of peppers were marketed, while in 2020, there was the commercialization of 1.87 billion pounds, which represents an increase of 7.07%, which we can appreciate in the following graph:

80.5% of these peppers come from three main regions: Mexico with 58% of the production, being the state of Sinaloa, its leading grower; California with 14.5%, distributed between what is grown in the San Joaquin Valley, Coachella, and the south of the state; and Florida with 8%, mainly in the Panhandle region. These regions complement each other to produce year-round, which makes it possible to enjoy fresh peppers on the table all the time.

The increase in the volume of this vegetable is mainly related to the number of peppers imported by the US. Mexico has had an increase in its production volumes of 40% compared to 2015, the growth of this region has been maintained for the last years, and it was one of the products that the pandemic did not affect.

On the other hand, California, the leading producer of peppers within the United States, has decreased its production volumes by 19% compared to 2015. This decrease has been constant in recent years, reaching its lowest level in 2020.

When analyzing the prices that the final consumer pays for peppers at the national level, we can see how the green bell pepper is the most economical, exceeding in only one week of 2020 the price of $1 per bell pepper, while the other varieties even exceed $2 per unit in some weeks and do not decrease to less than $1 per each.

Other benefits of this vegetable, in addition to those already mentioned, are: preventing diabetes, regulating inflammation, protecting the body against osteoporosis, among others.

We hope that the demand for this product will continue to increase, both for its nutritional benefits and because it can be consumed without fear of ingesting excess calories and carbohydrates. Above all, it is an excellent source of vitamin C, an essential vitamin to regulate the immune system and prevent and treat respiratory problems.