Home » Advice » The Evolution of Consumer Seasons for Hispanics 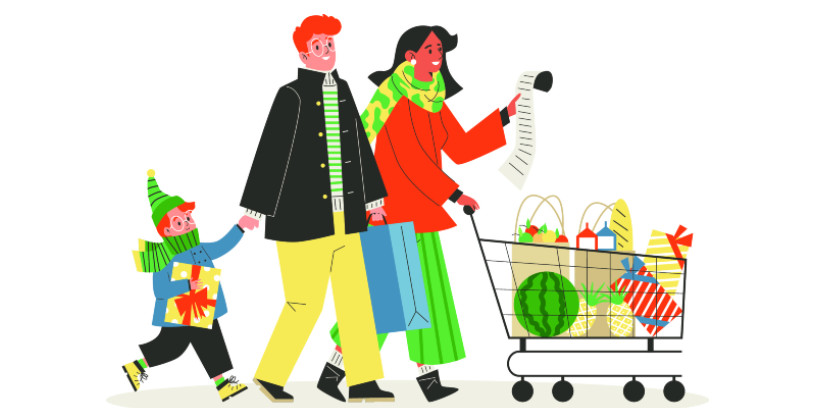 Article Courtesy Eduardo Perez, Market5201/www.market5201.com
With deep-rooted traditions and other celebrations that have been adopted, the consumer habits of Hispanics in the United States have evolved. They are no longer just celebrations brought from their countries of origin but have been reconfigured through Hispanic multiculturalism.

With a 19% growth rate in the last 11 years, by the end of 2022, Hispanics in the United States totaled 62.53 million. Looked at it another way: Out of the population increase in the entire country in this period (23.1 million people), Hispanics contributed 52%.

If to this, we add that for more than 20 years, New Mexico has had a Hispanic majority (48% in 2021), that in California (since 2014) and in Texas (since 2021), they are already the first ethnic group, it speaks of the consolidation of the Latino population.

A final fact about this growth is that it is mainly due to births within the United States and not due to immigration. On average, one million Hispanic babies were born yearly, vs. 350,000 migrant arrivals. This figure is important not only because of the number but also because of the implications of the living and consumption habits of second, third, and more-generation Hispanics.

We can distinguish between two major divisions:

Major seasons: Lent, Christmas, and Hispanic Heritage Month should be the primary focuses, each with its particularities.

Considered by Hispanics as the most significant celebration, it also has a duration that is very attractive for any brand, distributor, or retailer.

The challenge of this season is to connect to understand how some elements evoke tradition (such as certain dishes or recipes). Mix with others that speak of evolution and new ways of shopping and consumption, how shoppers look for holistic, multi-category offerings that make sense with their habits and backgrounds.

Originally Hispanic Heritage was a week-long celebration and was later elevated to a month, but now it must be rethought to match the evolution of the Hispanic segment. With a culture of its own, which, while influenced by its ancestors, is no longer based on migration, pure nostalgia, or archaic stereotypes but on a complex expression of multiculturalism.

More than just celebrating for one month, it is something to keep within the focus of brands and retailers throughout the year, remembering the specific date but moving away from past practices of only targeting Hispanics during this time.

Competing strongly with Lent, it is a season characterized by a sharp increase in consumption. Shoppers always find a way to keep the spirit alive by looking for opportunities and deals.

The critical factor is understanding the multiple elements that make up this season. From Thanksgiving to Posadas, Christmas Eve, New Year’s Eve, and Three Kings Day, particular details can be leveraged to deliver messages and products that make sense.

The challenge against a complex backdrop

Inflation pressures, slowing consumer spending, and Hispanic consumers’ search for lower value-per-ounce products, or lower price points, are all factors that make it more challenging to offer appealing products. How are we preparing for successful seasons in 2023?