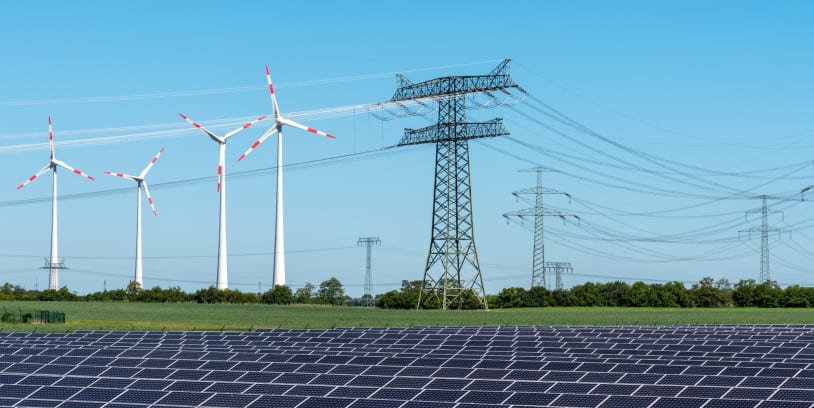 By James Campos, Former Director at the US Department of Energy
We need smart, sustainable, and compassionate energy policies that do not further hurt minority communities at the same time, help keep Americans employed, and our economy flourishing. The psychological and physical impact from lack of resources can be equally devastating as the pollutants that we are currently focused on.

Everyone desires a clean, sustainable, viable, and affordable abundance of energy for our growing economy. We all also desire a clean environment for ourselves, our children, grandchildren, and so forth for the world. We all seek a clean and healthy environment that won’t be polluted by our energy production sources.

It is well documented that minorities suffer the most from pollutants. But that being stated, we need to really look at the unintended effects that are just as important as pollutants on the lives of minorities. Before we do, it is important to understand how energy developed and evolved throughout history and why gradual evolutionary changes may be better than revolutionary changes for the minority community.

Historically, energy has been a slow evolutionary process in its development, from the use of sperm whales oil for lanterns and coal for heating and electric generation to oil & gas for transportation. And now, the United States and the world are experiencing another stage of development in mass-energy production, but this time it’s more revolutionary than evolutionary.

We are currently looking at different forms of energy, a renaissance of sorts, a tapestry mix of different cleaner energy sources to the grid from micro nuclear reactors, geothermal, solar, wind, hydrogen, and oceanic sources, to name a few.

Much of the current rush and push for new technology comes from an increasingly socially conscious citizenry and environmental activist groups placing more and more pressure on companies to reduce their carbon footprints.

For example, shifting too abruptly from fossil fuels such as natural gas to solar or wind alternatives can cause an increase in the price of utilities that adversely affects financially those living in underserved communities.

The decrease of pipeline capacity or canceling pipeline construction is also a matter of concern about the country’s energy supply chain and national security. Recent events such as the Colonial pipeline’s security breach affected fuel access to nearly 40% of the entire East Coast.

Imagine the impact on the average worker’s household monthly income if this becomes a routine occurrence? As our nation’s minority communities continue to grow, we must look to policies that protect them. Utility costs in minority households are already a high portion of their gross income.

Even slight changes could potentially add a significant financial burden to a household trying to survive. Many already live below the poverty line. Increased energy costs can also impact the cost of goods to consumers, further impacting the financial lives of minority communities who are already struggling to purchase basic household goods.

Many products like clothing, furniture, vehicles, and everyday home goods derive from plastics, which come directly from petrochemical products. However, substituting petrochemicals for other products has proven to be more expensive and even cost-prohibitive in many cases.

Most people don’t know that the energy industry is doing more and more for carbon capture and carbon recycling. It produces fewer emissions through oil and gas by a larger sum than it did in 1970 and currently surpasses the goals of the Paris Climate Agreement.

Our current energy policies have made energy cleaner today than it was 50 years ago. As a result, we are advancing towards net-zero carbon emissions despite the increased use of carbon-based fuels.

Pushing cleaner energy technologies in a “revolutionary” instead of an “evolutionary,” market-driven manner may help reduce the use of carbon-based fuels. Still, it doesn’t reliably address the energy consumption needs of our economy, nor does it ensure access to affordable energy.

The transition is going to require smart planning and a holistic pragmatic approach. Whether it’s eliminating lucrative jobs, less access to affordable and reliable energy, or the increased cost of basic household goods, our most vulnerable communities, such as the black and brown communities, will be negatively impacted the most.

In the end, we must have a sensible and balanced approach to energy policies that maximize both traditional and new sources of energy to address our energy economy, our climate goals while at the same time protecting our most vulnerable communities and safeguarding our national security.