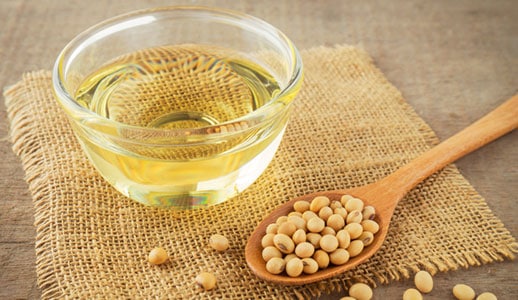 Goya Foods, the largest Hispanic-owned food company in the United States, is partnering with the United Soybean Board (USB) to launch a new campaign to bring awareness to the health benefits of Goya Vegetable Oil, made with 100% U.S. grown soybeans.  Goya Foods is USB’s first Hispanic-focused strategic partnership.

Starting in August, Goya Vegetable Oil will feature a new label marked “100% Soybean Oil” prominently on the front panel of the product in both English and Spanish.  Goya will kick off the first of its campaign with a combination of impactful in-store ads and displays at point-of-purchase across 500 grocery stores in the Northeast area, where sales are at its highest for Goya Vegetable Oil.  The campaign will then extend nationwide.

Though many consumers are unaware, most vegetable oils currently on the market are 100% soybean based but have been generically labeled as “vegetable” since the 1960’s. USB has been successfully working with grocers and manufacturers to boost awareness and document the increase in sales that comes from capitalizing on the health halo of soybeans. A recent shopper survey revealed that 65% of shoppers were influenced by a “100% Soybean Oil” on-pack message because of the perception of “better health.”

“There is a rise in awareness for the importance of health and nutrition among the Hispanic community,” said Joseph Perez, Senior Vice President of Goya Foods. “Working with the United Soybean Board is an opportunity to educate consumers and highlight relevant benefits of a staple, multi-purpose ingredient that will inspire families to feel even better about their purchase of Goya products.”

Soybean oil is a versatile, cooking oil that offers a number of benefits without jeopardizing the taste and flavor of food. For years, media and dietitians have reported that soybean oil contains 0g trans fats per serving and is a smart source of omega-3s, which can help reduce blood pressure and prevent heart disease. Further, because soybeans contain unsaturated fats, when it is used to replace high saturated fat products such as lard, it may lower cholesterol levels.

The United Soybean Board is a farmer-led organization comprised of 70 farmer-directors.  USB oversees the investments of the soybean checkoff on behalf of all U.S. soybean farmers.  For more soy and health information, including recipes, visit www.SoyConnection.com.