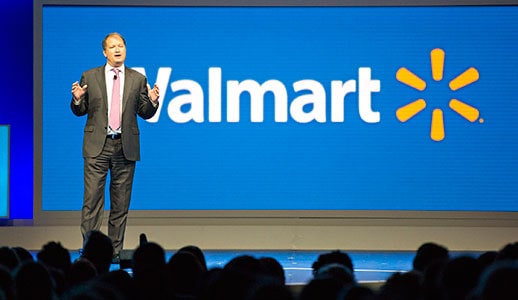 Due to the decline in its results during the first half of its fiscal year, Walmart had to cut its annual earnings outlook.

According to the company, in the first six months of the year sales closed at 235.055 million dollars, similar to the revenue earned in the same period last year, when they stood at 235.085 million.

For its part, the company profits were 6.916 million dollars between February and July this year, down 11.3%.

The company said its revenues were affected by currency fluctuations, wage increases and investments to remodel its stores in the United States.

However, the company said that investments are helping to increase traffic and business in US stores. The company reported its fourth consecutive quarter of increased sales.

As regards the second quarter, the turnover of Walmart has remained stable, with 120.229 million dollars, while profits have plummeted by 15.1%, to total 3.475 million dollars.

Wal-Mart faces challenges on all fronts that have made its shares down 16% this year. US customers with the lowest incomes are struggling in an economy that is slowly recovering. The company also faces increasing competition from the king of Internet sales Amazon.com and dollar stores, which are attracting buyers looking for lower prices.

The CEO of the retailer, Doug McMillon, has recognized Walmart is not going through its best times: “While we are not progressing as fast as we would like, our mainstay to serve our customers is constantly improving and that is reflected in our revenue increase. ”