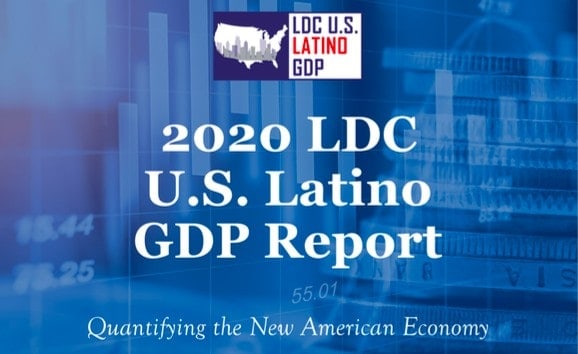 The 2020 LDC U.S. Latino GDP Report seeks to provide a factual view of the large and rapidly growing economic contribution of Latinos living in the United States. We estimate the U.S. Latino GDP based on a detailed, bottom-up construction which leverages publicly available data from major U.S. agencies.

The most recent year for which the core building block is available is 2018. Thus, this year’s report provides a snapshot of the total economic contribution of U.S. Latinos in that year.

If Latinos living in the United States were an independent country, the U.S. Latino GDP would be the eighth largest GDP in the world. The Latino GDP is larger even than the GDPs of Italy, Brazil or South Korea.