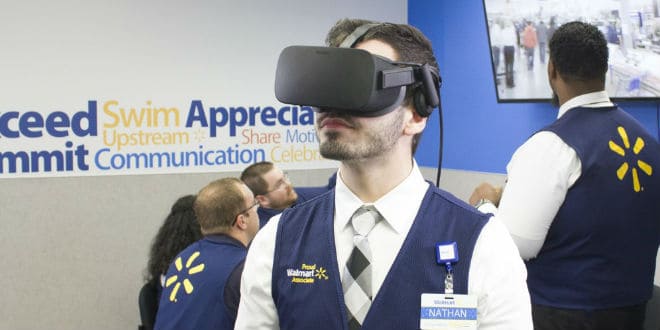 For Walmart, the future of this new grocery experience will begin at Store No. 8, where a team works to identify the ideas, people and innovations that will help to create that concept of future supermarkets.

The giant retail publicly said that their store No. 8, “is an independent incubation arm within Walmart, which means we can do things from a unique position: not only do we have the benefit of Walmart’s point of view in the heart of the United States, but by operating something apart from the corporation, we are free to develop new ideas that can thrive outside existing retail definitions.”

Walmart is exploring an in-store grocery experience without cashiers or having to wait in line to pay, called the Kepler project, according to the Recode magazine. The giant retailer is also testing a high-end delivery service, in an effort to compete with Amazon in a world focused on e-commerce.

In a video, Katie Finnegan, founder of Store No. 8, explains that, “we are focusing on emerging technologies that have the potential to be massively transformative.”

The Vision of the Future

Walmart is also trying out a grocery service for “busy NYC moms,” where they can order products for delivery at home via a text message bot, according to Recode.

This project is called Code Eight and is also a part of Walmart’s Store No. 8, the retailer’s center of innovation.

According to Recode, the driving force behind many of these moves to attract new customer bases is Marc Lore, the Jet.com CEO who joined Walmart when the retail giant bought the e-commerce company last year for $ 3.3 billion.

Walmart spokespersons have not responded to requests from various industry media to comment on the projects being developed in Store No. 8.