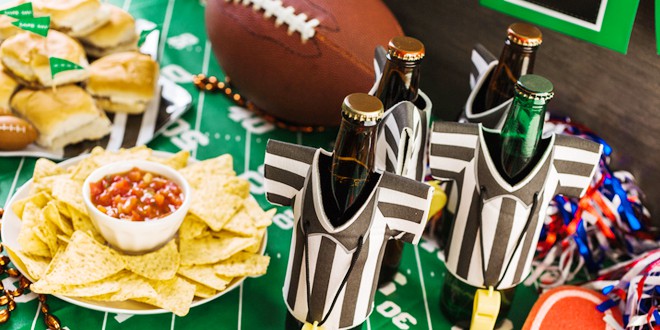 Although the Super Bowl audience is roughly the same as last year and spending has dropped from an average of $82 ($15.5 billion in total), US consumers will still spend large sums of money to see the game this year. According to the National Retail Federation’s (NRF) Super Bowl Spending Survey, the US consumer will spend an average of $75 on February 5 for a total of $14.1 billion.

Out of all the people surveyed, 76% of respondents plan to see the game, and of those:

Where Will Consumers Watch the Super Bowl

The Most Important Aspect of the Super Bowl

Commercial Ads in the Super Bowl

Media research firm Nielsen also released an infographic that shows the interesting habits of how Americans view, eat and drink during the big game day. Look at the American consumer’s favorite choices below.