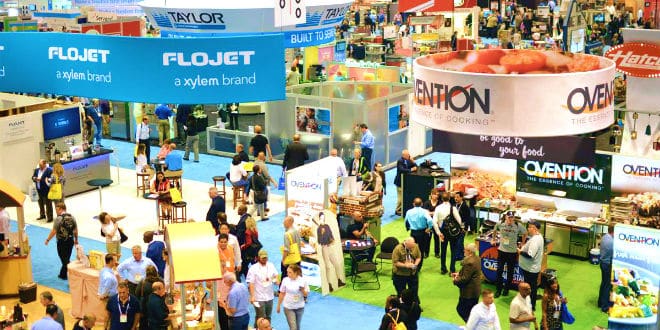 The 97th annual National Restaurant Association Restaurant, Hotel-Motel Show and the co-located BAR (Beverage Alcohol for Restaurants) at NRA Show, recently held at Chicago’s McCormick Place on May 21-24, posted record exhibit space and an uptick in total registration of more than 6 percent.

As the most comprehensive event for the food service industry, NRA Show/BAR 2016 brought a diverse range of industry segments together under one roof. In addition to thousands of independent and chain restaurateurs, NRA Show attendance included:

“NRA Show 2016 really knocked it out of the park,” said Megan Tallman, VP, Customer and Trade Communications at The Coca-Cola Company. “From the caliber of attendees we met with to the number of leads generated to the overall buzz and energy, this was a blockbuster four days for our business.”