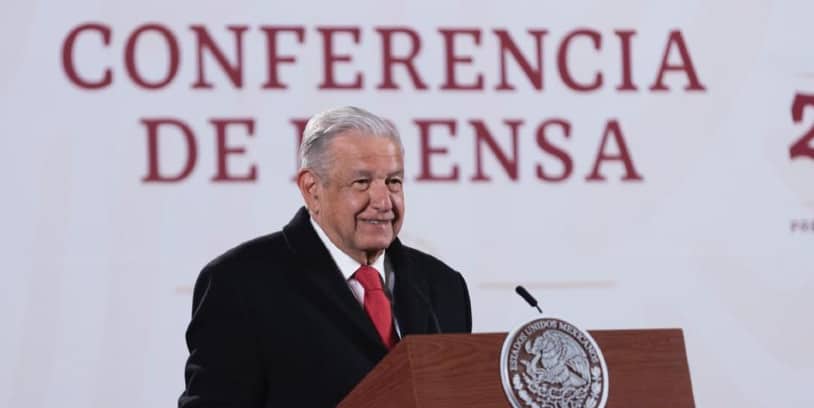 The suspension of avocado inspections for export from the Mexican state of Michoacán will continue for as long as necessary, warned the U.S. Department of Agriculture’s Animal and Plant Health Inspection Service (APHIS-USDA).

Shipments of avocados from Michoacán to the United States have been suspended since last week. The order was given by APHIS-USDA after one of its officers carrying out inspection work in Uruapan, Michoacan, received a threatening call on his official cell phone, according to a press release from Mexico’s Ministry of Agriculture and Rural Development.

Meanwhile, during his morning conference on Monday, Mexican President Manuel López Obrador said that the federal government is investigating the threat made against a USDA inspector. But he cautioned that in the issue of Michoacan avocado consumed in the United States, there are “many interests, economic and political.”

The Mexican president added that “there are other countries that are interested in selling avocados, as in the case of other farm products, so they lobby, they look for senators, professional public relations, people and agencies, to put up obstacles. If it is not for this, it is for the vaquita, for the dolphins, but in reality, there is always an economic or commercial interest or a political attitude behind it.”

Related Article: The State of Jalisco Joins Mexican Avocado Imports into the U.S.

In turn, the Mexican Ministry of Agriculture said that “APHIS-USDA reported that, currently, an investigation is being carried out to evaluate the threat and determine the necessary mitigation measures to guarantee the physical integrity of all its personnel working in Michoacán.”

Mexican press reports indicate that Michoacán’s cartels have violently appropriated thousands of avocado orchards and hectares of crops to change land use and plant avocados, with harsh environmental and social consequences.

For its part, the Association of Producers and Packers, Exporters of Avocado of Mexico (APEAM) stated that “due to violations to the Work Plan within the export program and the suspension of harvest and shipments of avocado to the United States, shielding and security protocols were activated to safeguard the physical integrity of officials and facilities of the United States Department of Agriculture (USDA).”

The document indicates that “APEAM is actively participating in coordination with the authorities of both countries to solve the problem by strengthening internal practices and processes to ensure the traceability of the fruit.”

They also urged the actors involved in the value chain “to be extremely careful and vigilant to preserve such an important export program.”

The decision to stop avocado shipments to the United States this season puts some 300,000 direct and indirect local jobs at risk.

According to the Work Plan for exporting Hass avocados from Mexico to the United States, APHIS-USDA personnel inspect the avocados to be shipped. Once authorized, they are moved to the packing houses for conditioning.

Mexico’s Ministry of Agriculture said that, in the last six weeks, Michoacán avocado growers had exported more than 135,000 tons of avocados to the United States through more than 5,000 fresh fruit shipments, a market that represents close to $3 billion annually in exports. In turn, the National Agri-Food Health, Safety and Quality Service (Senasica) have certified 49,005 orchards with an area of 152,712 hectares to export avocados from Michoacán to the U.S. in the season that runs from October 15, 2021, to April 14, 2022.