Home » News » Mars Supermarkets: The End of an Era 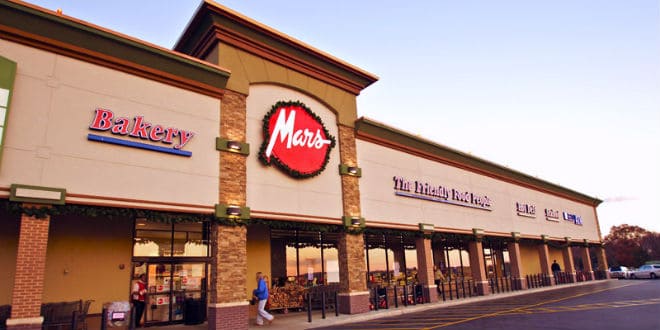 Mars Super Markets, a family-owned fixture in Baltimore’s grocery landscape since the 1940s, will close its stores this summer, laying off hundreds of employees amid declining sales and intense competition.

“As you all know, the company has been struggling with declining sales for several years,” Chris D’Anna, Mars chairman and CEO, wrote in a memo to employees obtained Wednesday by The Baltimore Sun. “We have tried cutting costs everywhere we can while preserving jobs and benefits, but it has not been enough.”

Mars employs 1,102 people at its stores, including 519 at the locations in Arbutus, Carney, Dundalk and Essex that Weis is buying. Weis agreed to interview Mars employees for positions at the five stores and expects to hire most of them, said Kurt Schertle, Weis’ chief operating officer.

“It has been an honor to serve the Baltimore community since 1943, but with the changing competitive environment, this became our only viable option,” D’Anna said in a statement released Wednesday. “We will always be grateful to our loyal customers and to our associates who serve them.”

While grocery sales were once largely the domain of small chains like Mars, today it faces competition from mass discounters like Walmart and Target, drug stores, club chains and dollar stores as well as online retailers like Amazon. Longtime competitors like Giant grew much larger and growing retailers such as Wegmans and Harris Teeter entered the Baltimore market. Other new rivals, such as Whole Foods Market and Trader Joe’s, attracted a following in the fast-growing natural and organic food niche.

Between the increased competition and escalating health care and labor costs, profits in the grocery business are either flat or falling, Gorland said. Mars, he said, found itself in a situation common to other family-owned regional grocers.

“They’ve had a long run, and in general for family business to go into the second generation and even into the third generation, it’s rare,” Diamond said.