Home » News » La Anita, the Mother of All Sauces, Now in the US 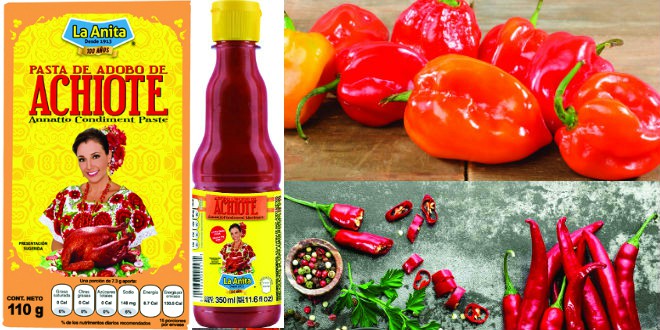 With a tradition of more than 100 years in Mexico, La Anita, considered “The Mother of All Sauces”, arrives in the United States to satisfy the palates of the entire Latino community. The company, founded in 1913 in Yucatan, Mexico, is the leading brand in the category of Achiote and Chile Habanero Sauces in Mexico.

La Anita Condimentos y Salsas, part of the La Anita Group, distributes its products nationwide and exports them to the United States, Canada and Central America.

It has a 10,000 square meter plant located in the city of Mérida, in the heart of the Yucatan Peninsula. In addition, it has 21 CEDIS in Mexico and is endorsed by the most important international quality certifications. Thanks to the tradition and quality that characterizes them, La Anita has presence in all chains of self-service and wholesalers in the Mexican Republic.

According to the Director of International Sales for Grupo La Anita, Jorge Charruf, the company wants to expand its market in the United States in order to conquer all the palates of Mexicans and the entire Hispanic community with its premium products. For this reason, for a year and a half, the company is developing an export plan to the United States that allows it to reach all corners of the country.

He explained that La Anita products are already in some states of the American Union such as California, Texas, Florida, New York and Illinois, and that the objective of this plan is to supply the growing market of typical mexican sauces, taking advantage of more than 100 years in the market that support the brand. In this sense the company incorporated in the United States the brand “La Anita USA Inc.”, which will be responsible for the distribution and service to all customers.