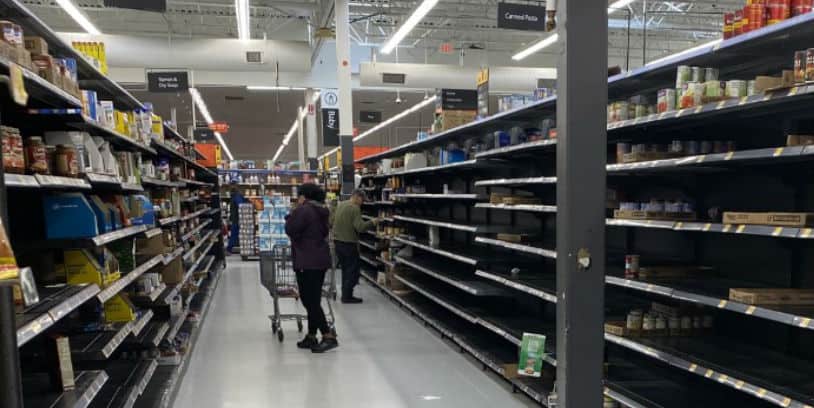 As coronavirus spreads nationwide, a recent survey by First Insight found that news of the virus is impacting the shopping decisions of 75 percent of respondents, up from 45 percent (a 70 percent increase) when comparing to a survey fielded in late February. The survey also pointed to significant swings in behavior by women and Baby Boomers over the last three weeks. Both groups had been slower to change behavior based on coronavirus fears than their gender and generational counterparts but are now in greater alignment.

“This survey shows a significant shift in behavior as consumers adapt to their new reality, whether it’s increasing purchases of staple items, moving more shopping online, or cutting spending in some areas. The world looks very different than it did three short weeks ago, and things are likely to look different three weeks from today. Retailers, brands and manufacturers need to continue to be vigilant in providing the products customers need and want, both now and in future seasons. But, just as importantly, they need to understand what consumers want and how they feel today and into the future. That requires understanding the shifts in supply, demand, and customer preference,” said Greg Petro, CEO of First Insight.

Ninety-eight percent of respondents feel that the coronavirus will impact the global economy, up slightly from 93 percent at the time of the previous survey. Responses were split near equally across gender and generation.

“As the number of coronavirus cases increases, the governments have reacted appropriately, with more restrictions on movement and face-to-face interaction coming every day. This certainly has affected people and their perceptions of the world around them,” added Petro.

Other Significant Generational and Gender Findings on Shopping Decisions Include

Fifty-nine percent of women surveyed (and 57% overall) said that the coronavirus was impacting how much they spent on products, compared to 56 percent of men. This represents a significant shift in shopping decisions since the last survey when 32 percent of men and only 25 percent of women felt the same. Similarly, while an equal number of both men and women felt it was affecting the products they purchase, this was a 136 percent increase for women, compared to a 75 percent increase for men.

More Men Stockpiling Groceries and Cutting Back on Spending

Boomers Show Greatest Shift in Behavior Compared to Other Generations

Baby Boomers have also shifted their shopping to online significantly over the last few weeks. While overall 34 percent of respondents are shopping more online, more Generation Z (37 percent), Millennials (42 percent), and Generation X (35 percent) have increased their shopping online compared to Baby Boomers (23 percent). Only 8 percent of Baby Boomers reported shifting to online in the first survey; the growth to 34 percent represents a 187 percent increase.

So Far, Baby Boomers Less Inclined to Cut Back on Spending than Other Generations

While 42 percent of respondents overall admit to stocking up on groceries, more Millennials (47 percent) and Gen Z (49 percent) are doing so than other generations. That said, Baby Boomers have shown the greatest increase over the last three weeks, with 34 percent now saying they are stocking up versus only 10 percent last survey (240 percent increase).

According to the survey, the vast majority of respondents reported an impact on not only product availability (84 percent) but shortages (72 percent) and a growing number of consumers are shopping more frequently online, with a 62 percent increase (34 percent versus 21 percent). Similarly, the number of consumers shopping less frequently in-store showed a 63 percent increase (49 percent versus 30 percent).

First Insight’s findings are based on the results of two U.S. consumer studies of targeted samples of more than 500 respondents each, fielded on February 28, 2020, and March 17, 2020. The study on shopping decisions was completed through proprietary sample sources among panels who participate in online surveys.

First Insight is a digital product testing and decision-making platform that empowers retailers and brands to incorporate the Voice of the Customer into the design, pricing, planning and marketing of new products. Through the use of online consumer engagement, the First Insight solution gathers real-time consumer data and applies predictive analytic models powered by machine learning and AI to create actionable insights, which drive measurable value.