Home » News » GraceKennedy buys food chain in the US 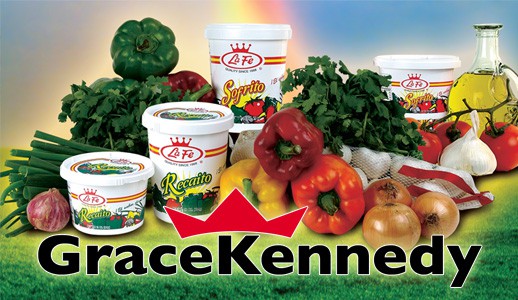 The Jamaican conglomerate GraceKennedy announced that it reached an agreement to acquire La Fe Foods Inc., including its brand, at a value of $ 26 million.

Through a statement sent to Abasto Media, GraceKennedy (GK) reported that the acquisition, which will be conducted through its new U.S. subsidiary, GraceKennedy Foods (USA) LLC, aims to continue its current global strategy growth of the company and to significantly increase their exports.

[dfads params=’groups=15&limit=1&orderby=ID&order=DESC‘]La Fe, founded in 1968, is one of the best known Hispanic brands in the frozen foods category in the northeastern United States and has revenues of about 80 million dollars. This acquisition will be the platform that GraceKennedy needs for growing the business in North America.

“This acquisition is an important step in achieving our vision of being a global consumer group,” said the CEO of GraceKennedy, Don Wehby in the statement. “La Fe was attractive to us for several reasons, including its distribution channels on the east coast of the U.S. and its strong relationships with first order retailers.”

La Fe operates in Moonachie, New Jersey; Miami, Florida, and Raleigh, North Carolina, and the brand is present in the area of ​​New York / Tri-State, Florida, Georgia and the entire East Coast.

For GraceKennedy Foods CEO, Michael Ranglin, this strategic acquisition gives the company the ability to penetrate the U.S. market and it is a great opportunity to reach the Hispanic consumers.

“Among the many advantages of this acquisition are the manufacturing and logistics capabilities of La Fe, which are currently in place and operating very efficiently. We also recognized that the Hispanic food and beverage industry is one of the fastest growing segments in the U.S.”

Although Latino Americans, also known as Hispanic Americans, live throughout the United States, the states with the largest populations are California, Arizona, New Mexico, Florida, and New York. Latinos may be of any race, and may trace their family history to any of the countries where Spanish is the principal language (except Spain), particularly those in Latin America. The masculine form of the word is Latino, and the feminine form is Latina.

Mexican Americans have lived in the United States for most of the country’s history. However, other Spanish-speaking immigrants did not begin arriving in large numbers until after World War II (1939–1945). Many Puerto Ricans arrived in the 1950s. Cubans, Dominicans, Colombians, and Costa Ricans immigrated in the 1960s. And, people from still other Latin American countries followed in succeeding years. As of 2001, the three largest Latino ethnic groups were Mexican American, Puerto Rican, and Cuban American.

Like most immigrant groups, Latino Americans have remained loyal to the food traditions of their homelands. Many shop in small ethnic markets called bodegas that carry specialty foods used in Latin cooking. When they cook, they follow recipes handed down to them by their parents and grandparents. Specialty food companies have thrived by supplying Latinos with traditional cooking ingredients. The most famous of these is Goya Foods, whose products can be found in grocery stores throughout the country.

The third and fourth generations of Latino families have begun to transform their cooking traditions. They vary their recipes with new ingredients and include dishes from other ethnic groups in their meals. In turn, Latin American cooking has become increasingly popular among non-Latinos.

The acquisition of La Fe is the second major purchase that GraceKennedy does outside of Jamaica in the food and beverage industry. The first one was in 2007 of WT Foods (now Grace Foods UK) in the Great Britain.