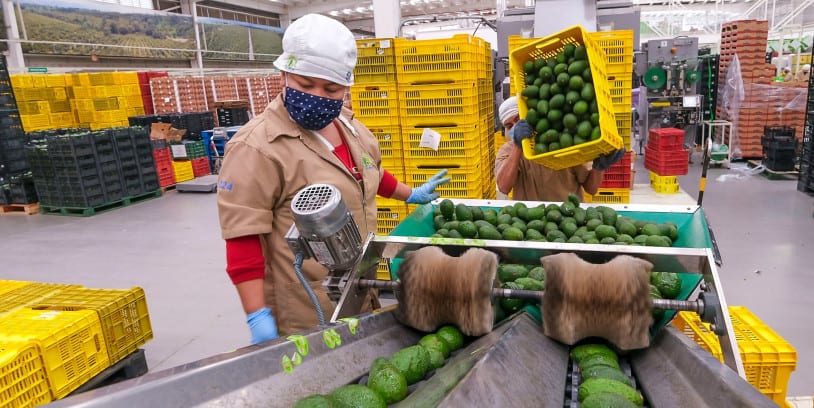 After a decade of intense negotiations and hard work in the fields, the U.S. government, through its Department of Agriculture (USDA-APHIS), formally authorized the entry of Jalisco avocados and, therefore, the export of the fruit produced in this Mexican state to the United States will begin immediately.

Jalisco avocado growers are prepared to initially export three to five thousand tons per week of Hass avocado to the United States, whose demand is around 16 thousand tons, according to representatives of the Association of Avocado Exporting Producers of Jalisco, A.C. (APEAJAL).

The notification about the conclusion of the inspection and certification of more than 8,000 hectares of avocado in more than 600 orchards was sent on July 11 to the head of the Ministry of Agriculture and Rural Development (SADER-Jalisco), Ana Lucia Camacho Sevilla, as well as the Federal Secretary of Agriculture, Victor Villalobos Arambula, and the president of the Association of Exporting Producers of Avocado of Jalisco A.C., (APEAJAL), Javier Medina Villanueva.

According to the U.S. Department of Agriculture’s Animal and Plant Health Inspection Service (USDA-APHIS), the fruit was approved for export from Jalisco and Michoacán. It can be shipped to any U.S. mainland port, Hawaii and Puerto Rico.

Related Article: Avocado: The Green Gold of The kitchen

The document indicates that the avocado will be subject to an ordinary review and must be accompanied by the corresponding sanitary permits.

Camacho Sevilla emphasized that with this news, the export of Jalisco avocado to the North American market will be materialized after ten years of waiting. “It will be valuable the accompaniment work that will be done by the Agency of Health, Safety and Agri-Food Quality of the State of Jalisco (ASICA). We have talked with Dr. Javier Trujillo Arriaga (counterpart of the Federal Government) to see the participation that ASICA will have as a regulatory body that will allow us to ensure that the avocado and the industry have an orderly growth, not only in terms of sustainability but also to maintain an open work plan. There is good news for the Jalisco countryside.”

In early July, U.S. health authorities completed the inspection and certification of the orchards, which were duly authorized to harvest the fruit and export it to the United States.

Jalisco has 15 municipalities free of pests known as avocado pit and twig borers and has 11 packing houses that meet the requirements to export to the United States.