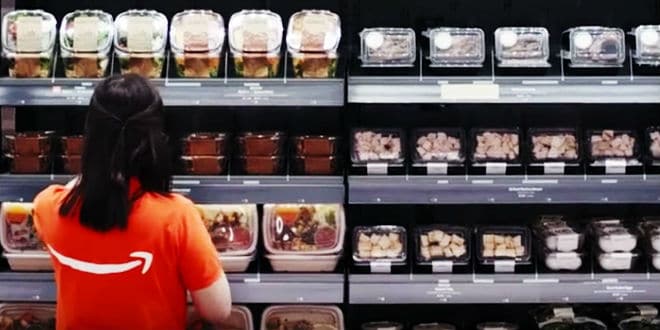 It’s official. Next year, Amazon will open its first grocery store in Woodland Hills, a luxury suburban neighborhood in the San Fernando Valley in Los Angeles, expanding its footprint in the supermarket industry. The new store is expected to have a very different style from the one offered by its Whole Foods chain store, and Amazon Go.

Despite the secrecy about its new project, the e-commerce giant confirmed that it published four job offers for the “first Amazon grocery store” in Los Angeles, which will open its doors in 2020.

It will be a regular store with a conventional checkout line. It is the only information officially provided to the media by an Amazon spokeswoman.

On the company’s job website, there are now four job offers for the Woodland Hills supermarket, which were published the first week of November: store manager; assistant manager; Food Service Associate, with a $15.35 an hour salary, and Zone Leader, a job that pays $16.90 per hour.

“Join us as we launch Amazon’s first grocery store in Woodland Hills. We are passionate about creating a shopping experience that customers will love. If you are customer-obsessed, like learning new things, and want to contribute to end-to-end store operations for a new business, this is the place for you!” says the job offer on the Amazon website.

According to Bloomberg, the e-commerce company still has a long way to go in the $900 billion U.S. grocery industry, despite having bought the Whole Foods supermarket chain, which has 35 stores in the Los Angeles area.

Because Whole Foods is a store dedicated to healthy and organic foods, this limits Amazon to offer its customers what they want, according to Bloomberg. Therefore, Amazon seeks to expand with a new type of grocery store where it can offer all kinds of items to keep competing with its rival Walmart, which captures about 25% of all U.S. grocery spending.

“The reason Amazon needs to expand its physical footprint is an accelerated demand for grocery pickup service as opposed to delivery,” David Bishop, a partner at the research firm Brick Meets Click, told Bloomberg. “Shoppers have a greater sense of control when they pick up their groceries at the store in a secure location rather than worrying about it being left at their house.”

In a statement to the Los Angeles Times, Marc Perrone, president of the United Food and Commercial Workers International Union, expressed his distaste for Amazon’s new project considering it a threat to supermarket workers.

Perrone said the new store represents “an aggressive expansion of Amazon’s market power as it seeks to fundamentally change our country’s food retail and service economy while eliminating as many retail workers as possible.”