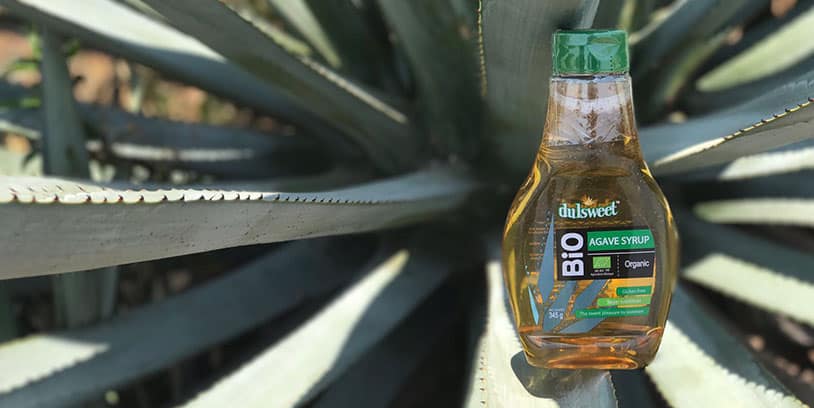 15 years ago, when there was an overproduction of agave in Mexico, Nutriagaves company and other companies found the solution so that the product with which tequila is made (agave plant) would not be wasted. Thus was born a new industry of prebiotic soluble fiber and syrup producers.

When the Nutriagaves Plant started its operations in 2005, it was initially set to produce tequila, but due to the overproduction of agave, the company decided to enter the new industry of agave syrups and prebiotic fibers, realizing the great market potential for new products in this category said Manuel Loy Valdez, CEO of Nutriagaves Group.

The family business Nutriagaves Groupo de México has been working for more than 40 years in the food sector in Jalisco based in Ayotlán, in a region known as “Los Altos de Jalisco” where they have crops with an inventory of seven million agave plants.

What makes agave syrup a product in high demand is its healthy qualities because it is a natural fructose sweetener that is extracted from organic Tequilana Weber blue variety plants, which is 1.4 times sweeter than refined sugar but maintains a low glycemic index.

According to businessman Loy Valdez, initially, the product was bought by large sugar substitute companies in the United States and Europe, but later Nutriagaves decided to expand through marketing and not depend on others to sell their products. They established their own department of foreign trade. In Europe, they opened a headquarters in Madrid with three distribution centers in Barcelona, ​​Germany, and France.

In addition, their products reach North Africa, the Middle East, and other Asian countries such as Japan where they are the leader in retail distribution with their own brand and office.

In the United States, Nutriagaves has offices in San Antonio, Texas, where they are concentrating their expansion efforts to market agave syrup and prebiotic fiber throughout the country and in Canada.

“In Europe, it was easier for us to enter the market with our products than in the United States, but now we are working in this market, where the distances are enormous to carry the products,” said Loy Valdez, who emphasized the interest of the company in getting distributors in the US to commercialize Nutriagaves products.

Nutriagaves will soon start selling its products through e-commerce, as they are trying to expand globally.