Home » Advice » Costco vs. Sam’s Club: Where Should I Buy? 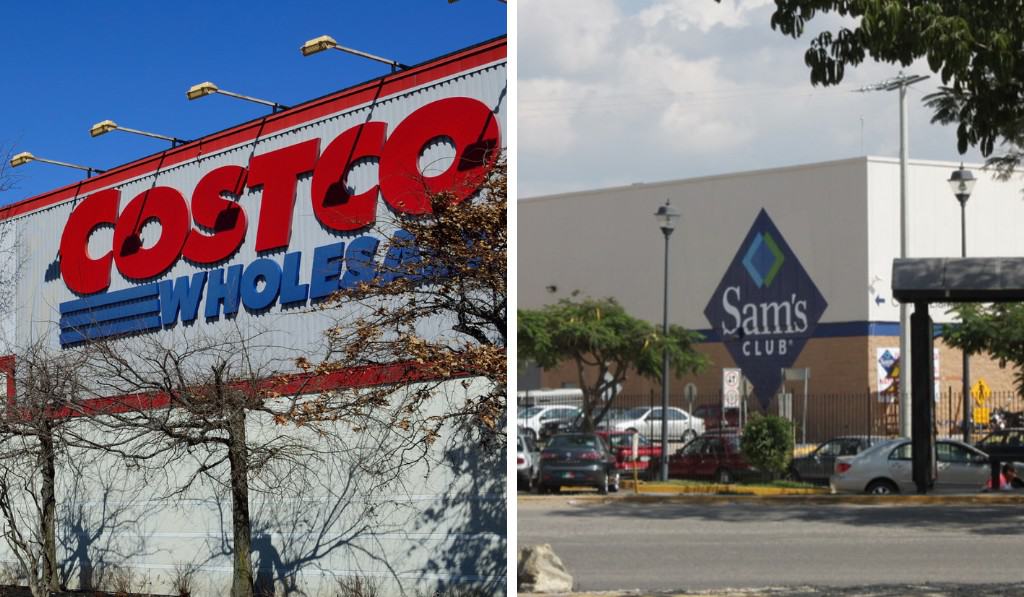 This guide breaks down everything you need to know about shopping at Costco vs. Sam’s Club.

Both warehouse retailers compete for bulk shoppers, so which one is better?

As a lifelong Costco and Sam’s Club shopper, we recently took a trip to both stores to determine which one is the best option.

Here is what we found out!

Should I shop at Sam’s Club or Costco? Let’s explore the similarities and differences and see how this two compare? Here’s a look.

So, why the difference in pricing?

Does this mean I get more offers and perks for paying a higher membership fee at Costco?

Though for the vast majority of offerings the perks are almost identical. They both offer discounts at the pump, optical services such as exams to glasses, discounts on popular prescriptions, cashback and more.

If you’re into pinching pennies, you’ll want to know which of these stores offers better pricing for their products.

A study done by Cheapism compared 30 perishable and packaged grocery items, personal care products, and other household essentials. They picked the same brand in the same quantity at each wholesale club to calculate the price different and savings when shopping at these stores.

They found that half the items they shopped for cost essentially the same at both stores (with less than 1-percent differences in unit prices). 7 of the 30 items came out cheaper at Sam’s, by an average of less than 8%. But Costco’s prices were better than Sam’s Club’s prices on 9 products, with average money savings of more than 11%.

We did our own comparison and went online to see how different were the prices for a few essential items:

According to our research and Cheapism, prices tend to score be similar for most items. The prices are so close that it will depend on the quantity items you’ll buy for the week to see a real difference in savings.

Costco and Sam’s Club have their own credit cards. So how do they stack up?

Winner: They offer similar credit card perks but Costco comes on with that 2% cash back at Costco and Costco which in turn into more saving for you, the customer.

There are different methods of payment in both the stores. To have a better understanding let’s discuss below:

How do health services and pharmacies compare at Sam’s Club and Costco?

Costco membership owners can get between 2% and 40% off medications for prescription drugs.

Sam’s Club membership owners need to upgrade to Sam’s Plus ($100 a year) to get health care perks such as $4 to $10 generics, up to 30% off name-brand drugs, and free medications.

Consumer Reports found that shoppers would save nearly $50 if they bought five common prescription medications at Costco instead of Sam’s.

More locations mean more convenience for customers as they don’t have to travel long distances to get one of these stores.

After all the analysis, the question arises “who is the winner?”

In my opinion, the winner is Costco.

However, you may be able to save some money at Sam’s Club and they also offer longer hours of operation and better membership costs.

Costco Vs Sam’s Club: Which is your favorite and why?