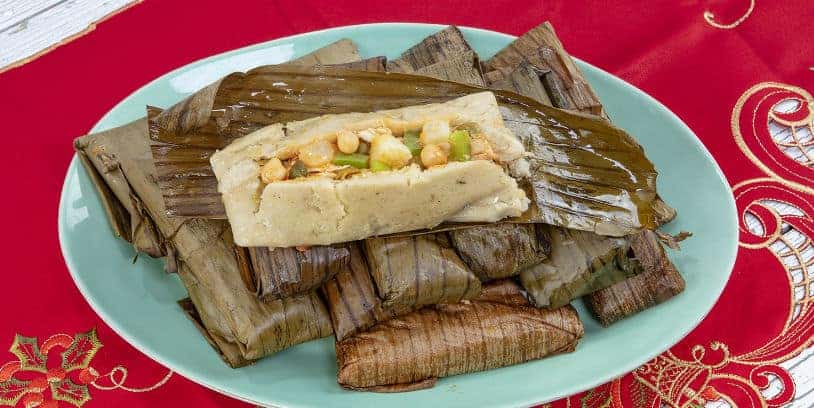 Tamale season has officially begun at Vallarta Supermarkets. The demand for tamales, a staple for all Latino holiday gatherings, skyrockets from November to January. Vallarta sells almost three million tamales annually during the holiday season alone.

Vallarta meets the demand by stocking many varieties of tamales and masa, including fillings that range from spicy to sweet and appeal to carnivores and vegetarians alike. New this year, Vallarta Supermarkets is the only grocer offering a Central American tamale available in-stores at Vallarta’s La Cocina (Mexican kitchen) beginning November 16, said the Hispanic supermarket chain in a press release.

“Si es de Allá, Lo Tenemos Aquí” or translated, “If it’s From There, We Have it Here,” is Vallarta’s ongoing promise to provide a variety of foods and brands from Mexico, Central, and Latin America. Vallarta is delivering on its promise by expanding its holiday offerings and introducing Central American tamales.

“Together with our culinary team, we’ve developed a special tamal for those yearning for the authentic taste of Central America,” said Rick Alejo, Central and South American Foods Buyer. “We are always expanding our offerings to provide customers the traditional foods they miss from home. We have been working on perfecting this tamal for many months and know our customers will appreciate the authentic taste of Central American tamales that are conveniently accessible at our stores this holiday season.”