Home » News » Broncolín: From a Farfetched Idea to a Successful Brand 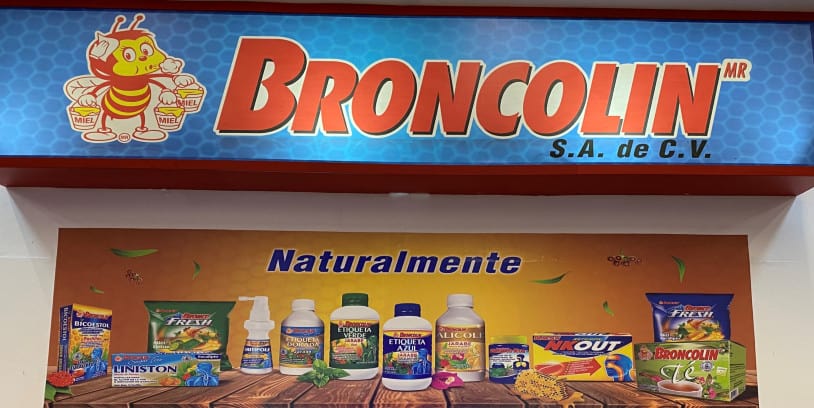 The story of Broncolín was born forty years ago as a farfetched idea, but with an obvious purpose of what they wanted to do. The beekeeping business of the Gómez family in the Mexican state of Oaxaca had a problem with the overproduction of honey and needed an alternative to market it. Thus was born the project to manufacture a syrup or tonic based on bee honey to alleviate the symptoms of coughs or colds.

Despite the lack of economic resources, lack of experience, and scientific knowledge, at the age of 23, Primitivo Gómez Gómez developed the Broncolín honey bee syrup and, in June 1980, began to sell it in Mexico City.

Gómez recalls that they were least interested in competition and did not look at the market potential. “We only developed a product different from the rest, and we sent it to conquer a space in health food stores and neighborhood pharmacies in the eastern part of Mexico City,” said the businessman.

With modesty, Gómez says that he does not know how and at what moment Broncolín began to attract the attention of large distributors. “We didn’t even have the hope of being noticed by the big guys.” But in 1986, he had his big day when he met with Don Arnulfo Santisteban, purchasing director of NADRO S.A. DE C.V., who had aroused his curiosity about this syrup that was in great demand in the stores.

Related Article: The Impressive Growth of Grocery Sales in the U.S. Over the Last Two Decades

“That day, I left Don Arnulfo Santisteban’s office with the largest order we had ever placed, an order for all the pharmacies in Mexico. That idea alone motivated us and filled us with joy,” said Gómez.

However, unbeknownst to them, the market rivalry began at that moment. “That day, we began to learn about the war that is waged against those who want to begin to conquer a space on a shelf; on that day, we learned to know our competition, but we also realized that Broncolín was born to conquer a very competitive market.”

Broncolín’s commercialization began with two products, syrup and candies. Today, they have more product lines such as HERBACIL brand teas and essential oils, soaps, and natural extracts; they also have a line of candies and lollipops with the brand DULCE IDEA. The complete line of products can be found on the website www.broncolin.com.

In the United States, Broncolín products are found in all states, mainly in the regions where most Latinos and Mexicans live. In such a competitive sector, Broncolín has earned consumers’ trust for being a natural product regulated by Mexican authorities and the FDA in the US. In 2022, Broncolín expects to continue making improvements to its products and continue to grow in the U.S. market with the support of its distributors, Midway Importing INC. and INBC Trading LLC.